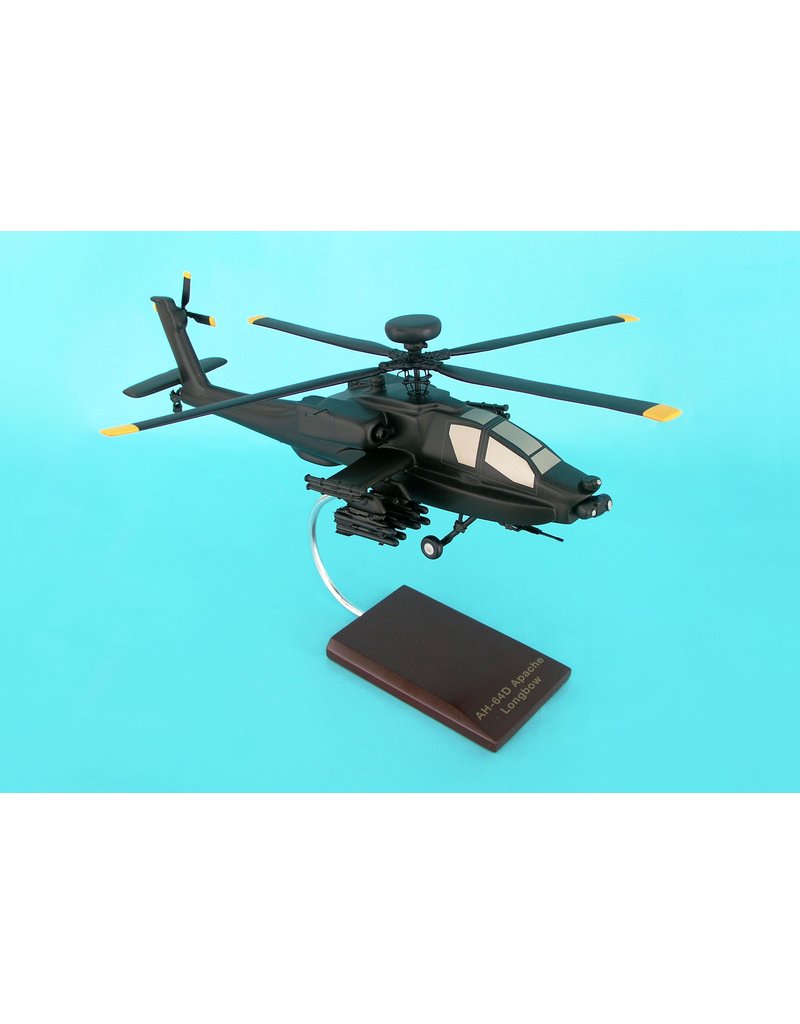 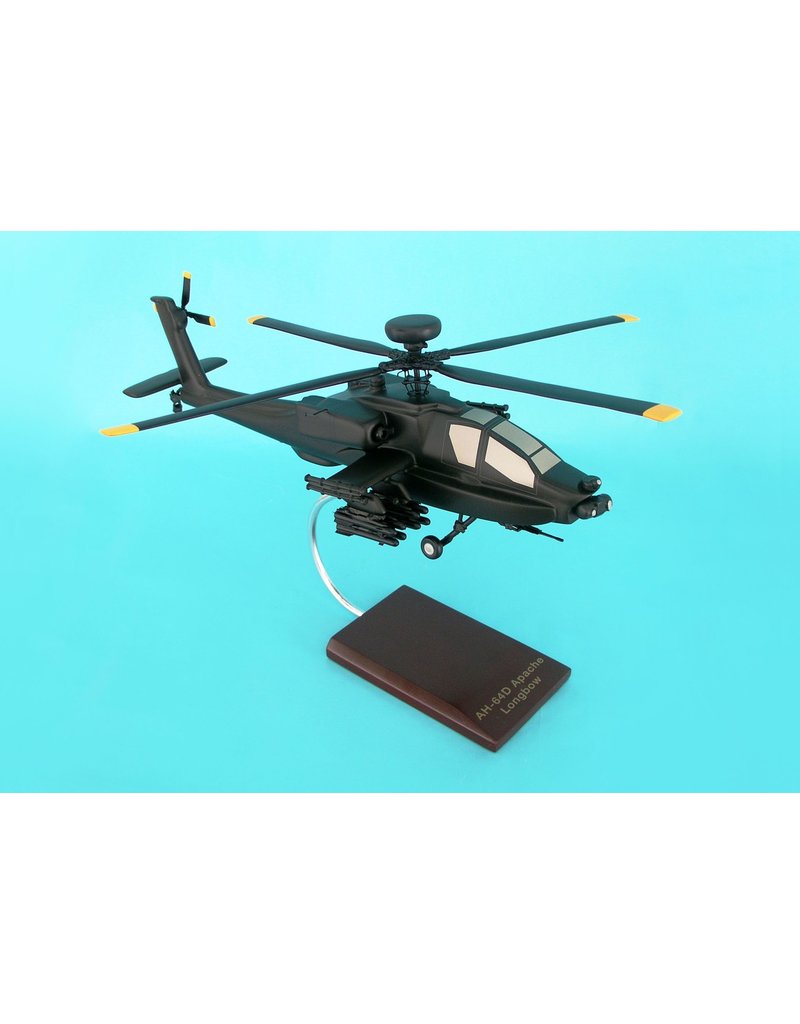 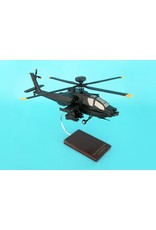 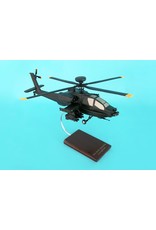 The Boeing AH-64 Apache is a four-blade, twin-engine attack helicopter with a tailwheel-type landing gear arrangement, and a tandem cockpit for a two-man crew. The Apache was developed by Hughes helicopters for the United States Army's Advanced Attack Helicopter program to replace the AH-1 Cobra, and was first flown in September 1975.

This high quality replica is handcrafted from mahogany and comes with a wooden base.
Length is 18 1/2 and R/S is 18 1/4". 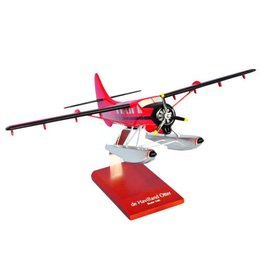 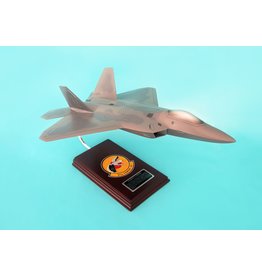