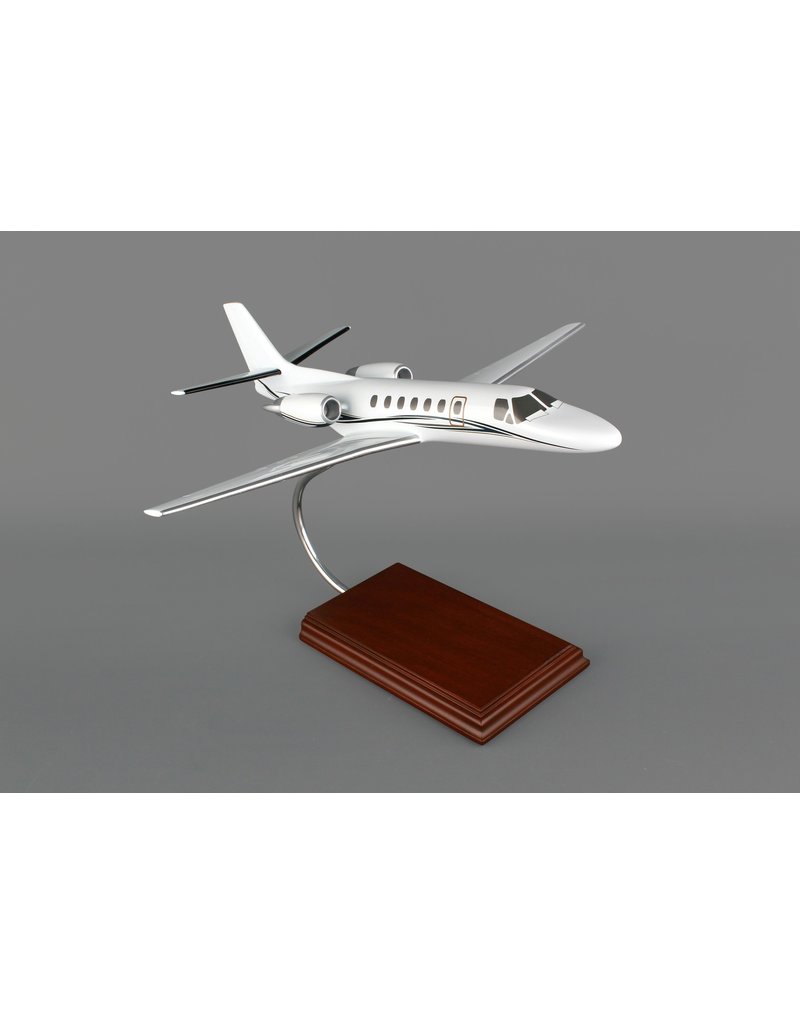 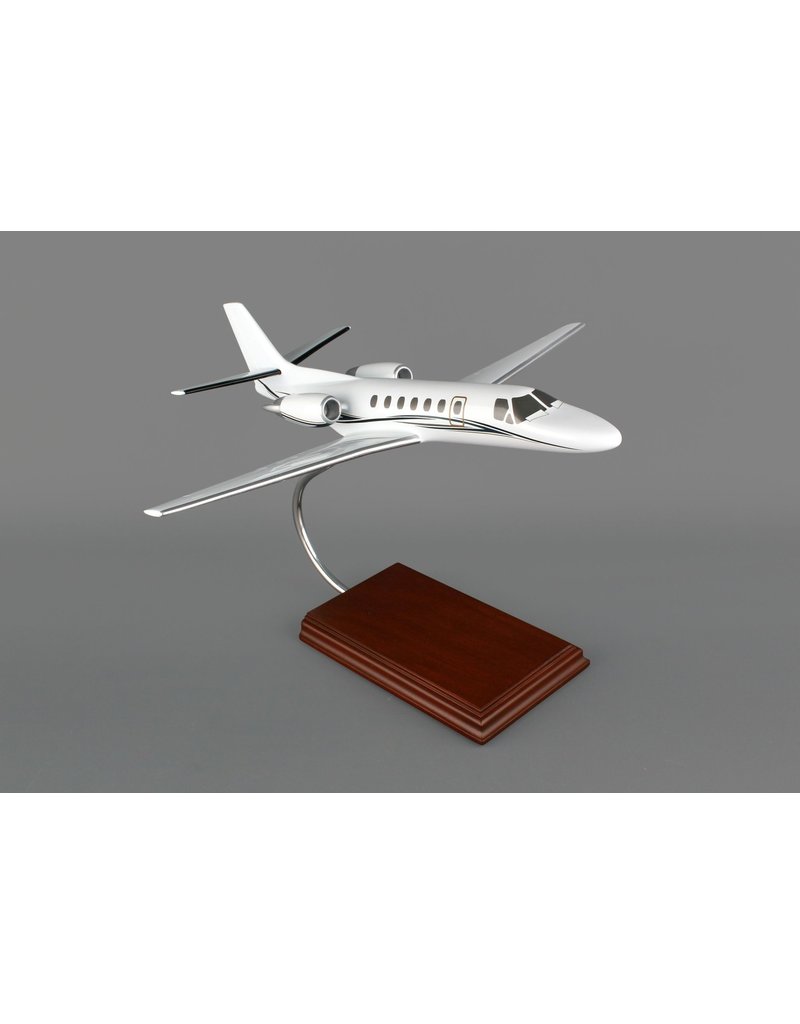 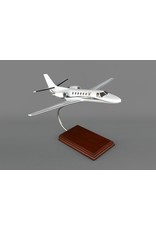 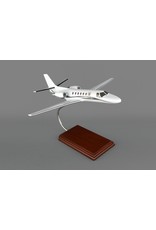 The Cessna Citation is a marketing name used by Cessna for its line of business jets. Rather than one particular model of aircraft, the name applies to several "families" of turbofan-powered aircraft that have been produced over the years. Within each of the six distinct families, aircraft design improvements, market pressures and re-branding efforts have resulted in a number of variants, so that the Citation lineage has become quite complex. Military variants include the T-47 and UC-35 series aircraft. Citation Encore (Model 560) upgraded Citation Ultra with PW535A engines and improved trailing-link landing gear. 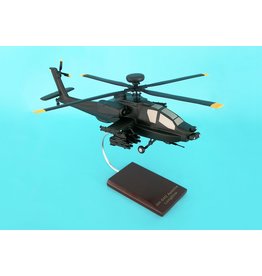